As recently as the summer of 2003 he was asked to work with a young British jazz artist by the name of Jamie Cullum. He produced Jamie’s debut album which became a massive crossover hit, selling 1.3 million copies in England and over 2.5 million copies worldwide.

His career has evolved into a continuum of ever increasing success. Tonight I will touch on just some of the high lights.

Stewart Levine was born and raised in the Bronx. At the age of seven, he began his lifelong musical journey by taking up the clarinet. At age 12 he switched to the saxophone and by 14 he landed his first paying gig and was playing professionally.

At 17 Levine entered the famed Manhattan School of Music alongside noted musicians Herbie Hancock, Donald Byrd, and, most importantly, a young South African (expatriate) trumpet player by the name of Hugh Masekela. Levine and Masekela became roommates and lifelong friends.

Levine left music school after one year to pursue a career as a horn player and arranger. He very quickly developed his skills as an in-demand arranger on many high profile pop and R&B recordings.

This successful arranging experience led Levine into forming a production company with Hugh Masekela. They began producing records that were a hybrid of South African township grooves crossed with R&B and jazz.

The Emancipation of Hugh Masekela was one of their first albums, released in 1966, an audacious blending of South African rhythms, swing jazz, and rock & roll.

With a crack band including Charlie Smalls on piano and two drummers (the original Big Black on percussion), Masekela’s vocals and intense trumpet have the perfect platform from which to fly.

Levine and Masekela soon left New York and moved to Los Angeles to form their own record label, Chisa Records, an independent label which received immediate acceptance among the recording community.

While in California, Levine met members of The Jazz Crusaders, a soul / pop / jazz fusion group who had already built a small, but loyal, following. The group’s sound was rooted in hard bop, with an emphasis on R&B and soul. The group shortened their name to “The Crusaders” in 1971, and adopted a jazz-funk style.

Levine signed the Crusaders to Chisa Records with the idea of combining the funk of their native Texas alongside the jazz for which they were known.

This was the beginning of a style that would become known as jazz-funk and, later, “Rare Groove.” Levine produced over a dozen albums with The Crusaders, many of which were certified gold and considered classics.

Here is a single from the Crusaders 1 album.

Put It Where You Want It / The Crusaders /

In 1974, Levine came up with the idea of putting together Zaire 74. a music festival in Kinshasa, Africa set around The Rumble in the Jungle boxing match – the Ali/Foreman boxing match in Zaire. He produced a 12-hour, three-night concert, which brought together the greats of soul music alongside Africa’s greatest artists. The entire event was filmed and eventually released in 1996 as the award winning documentary When We Were Kings.

At the peak of their talents and the height of their careers, these artists were inspired by this return to their African roots, as well as the enthusiasm of the Zairian audience, to give the performances of their lives.

This concert has achieved mythological significance as THE definitive Africa(n)-American musical event of the 20th Century.

Soul Power is a verité documentary about this legendary music festival (dubbed Zaire 74), and it depicts the experiences and performances of such musical luminaries as James Brown, BB King, Bill Withers, Celia Cruz, among a host of others.

Soul Power was crafted from the extensive outtakes that remained after making the movie When We Were Kings, which documented the epic title fight, while relegating the music festival to a smaller, supporting role. The outtakes have remained vaulted for the past 34 years, until the compilation of Soul Power.

Here is a sample of that music: James Brown Soul Power live in Kinshasa Zaire, 1974:
—

This album is believed by many to be a template for the neo-soul movement, and has influenced artists such as D’Angelo and Jill Scott, as well as many others.

The Adventures in Paradise album also marked the beginning of  a very productive period in which Levine used the Crusaders as a recording session band and produced albums for artists such  as Van Morrison and Motown legend Lamont Dozier (Peddlin’ Music on the Side).

From here Levine developed a close relationship with Phil Walden and Capricorn Records, producing a series of gold albums with southern rock artists The Marshall Tucker Band, as well as The Allman Brothers side project Sea Level and the jazz rock grooves of The Dixie Dregs.

In 1978 Levine produced the first of six albums with blues legend B.B. King, using the Crusaders as session musicians. 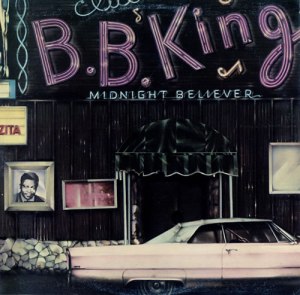 Midnight Believer became an instant hit, putting B.B. back on the charts with a gold album after a long absence.

This was quickly followed in 1981 by B.B. King’s Grammy winning There Must Be A Better World Somewhere. 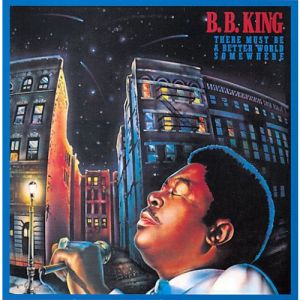 One of the tracks: Life Ain’t Nothin’ But a Party – BB King
—

In 1982 Levine produced all the sound track music for the film, An Officer And A Gentleman, which included the block buster hit song “Up Where We Belong” sung by Joe Cocker and Jennifer Warnes.

Used as the closing title song of the film, “Up Where We Belong” became a #1 pop hit, Grammy winner and Academy Award winner.
—

In England the Womack recording quickly became a critic’s darling and a #1 album. Due to the overwhelming success of this album, Levine found himself being courted by many English A&R men, eager for him to work with their artists. So he moved to London and began working with a wide range of acts, from the techno dance group Blancmange to the cult band Killing Joke.

Levine was invited by an A&R man to see a new band from Manchester named Simply Red play their first gig in London. He describes the moment:

The lead singer was magical but the music sounded like a retro American soul revue. I wasn’t interested in this kind of sound. I met with Mick Hucknall and told him that we needed to come up with something fresh, not just revisit the past.

The result was Simply Red’s debut album Picture Book, which instantly became a huge hit in both England and America. Propelled by the international #1 single, “Holding Back the Years,” it quickly sold over seven million copies worldwide.

Holding Back The Years – Simply Red

Levine produced the Curiosity Killed the Cat’s Keep Your Distance album in a similar “soul” style. It contained two #1 singles and became a #1 album in England and Europe.

In 1987 he produced Boy George’s first solo album, Sold, containing the reggae influenced #1 hit single “Everything I Own.”

Everything I Own – Boy George
—

Next came Simply Red’s New Flame album, which included the international #1 version of “If You Don’t Know Me By Now.”

If You Don’t Know Me By Now – Simply Red

While the New Flame album sold over eight million copies, the best was yet to come… 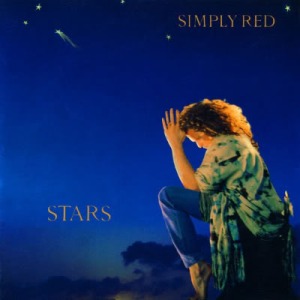 Stars / For Your Babies – Simply Red
—

He then produed Dr. John’s Grammy award winning album Goin’ Back To New Orleans, as well as albums for Huey Lewis and The News, Oleta Adams, and Ireland’s Hot House Flowers.

Then Levine returned to England to produce Simply Red’s next album, Life, which included the #1 single, “Fairground.”

After this album, Levine decided to take a break from the studio to concentrate on composing and playing the saxophone. “I was burnt out,” he says, “I needed to refuel.”

In 2002 Levine emerged re-energized, producing a reunion album with his old friends The Crusaders.

This was followed by another reunion, this time with Simply Red.  Levine produced their 2003 hit version of “You Make Me Feel Brand New,” putting them back on the charts.

Next came David Sanborn’s first new album in many years, Time Again, which stayed as the #1 jazz album for many months. 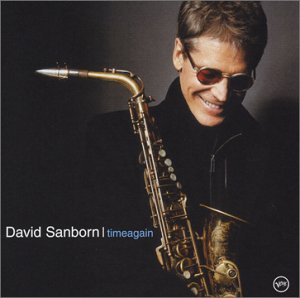 In the summer of 2003 Levine was asked to work with a young British jazz artist by the name of Jamie Cullum. Levine produced Jamie’s debut album Twenty Something, which became a massive crossover hit, selling 1.3 million copies in England and over 2.5 million copies worldwide.

I Could Have Danced All Night – Jamie Cullum
—

Levine followed this by producing the great Dr. John’s N’Awlinz: Dis, Dat or D’udda, which featured a Who’s Who of New Orleans’ greatest musicians alongside guests such as B.B. King, Willie Nelson, Mavis Staples and Randy Newman. 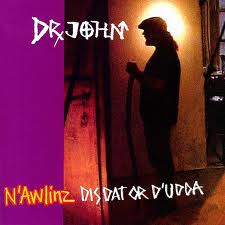 He returned to England to produce Jamie Cullum’s 2nd album Catching Tales, which has established Jamie as an international star.

Our Day Will Come – Jamie Cullum
—

In 2006 Levine  produced Aaron Neville’s debut for Sony-BMG;  Bring It On Home.The Soul Classics is a collection of some of the most memorable and loved R&B songs of all time.

To accompany Aaron in a style suited to his distinctive, interpretive powers, Levine called upon many old friends, including Joe Sample, David Sanborn and Ray Parker Jr. .

As far as Levine is concerned, this is the function of a producer.

To me,” he says, “It’s about framing the artist properly. I guess it goes back to my early days as an arranger. It didn’t matter how brilliant the arrangements were if you didn’t make the singer sound their best. That was the only reason they hired you again!

Thanks to Wikipedia for most of the facts on this post. – RS

3 thoughts on “The Steller Music Production of Stewart Levine”