Recently we did an article to cover some of the music and achievements of musician, singer, songwriter, record producer and actor Michael Lee Aday (aka “Meat Loaf”). This got me thinking about other music that has been created around a story line with acting, and some of the musical productions that sprung from the  1960 to 1980 era.

So much information already exists on this subject so I will limit my coverage to just a few productions of the rock genre, with music from the likes of West Side Story excluded. 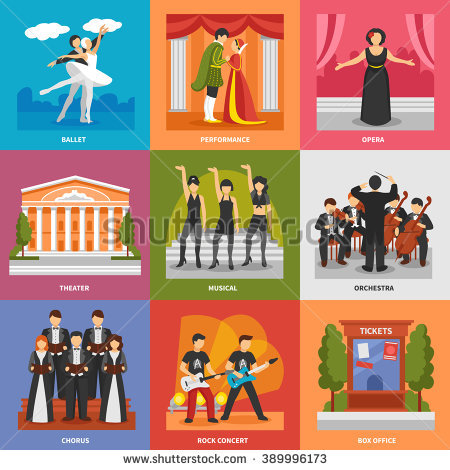 A rock opera is a collection of rock music with lyrics (songs) that relate to a common story. Rock operas typically are released as concept albums and are not scripted for acting, which distinguishes them from operas, although several have been adapted as rock musicals.

… and thanks to Wikipedia, we have these definitions…

Listed here are some of the more popular productions of that era.

1967 / The Story of Simon Simopath / (subtitled “A Science Fiction Pantomime”)  / performed by the band,  Nirvana UK (not Kurt Cobain’s US version) / soft-core psychedelia / Chris Blackwell – executive producer / a collection of songs composed by the duo Patrick Campbell-Lyons and Alex Spyropoulos, connected together by a story written in the liner notes about a boy who wishes he could fly ( – allmusic.com)

—
1967 / Hair /  An American Tribal Love-Rock Musical with a book and lyrics by James Rado and Gerome Ragni and music by Galt MacDermot. A product of the hippie counterculture and sexual revolution of the 1960s, several of its songs became anthems of the anti-Vietnam War peace movement.

The 5th Dimension – The Age Of Aquarius

1968 / S.F.Sorrow / The Pretty Things / Based on a short story by singer Phil May, the album is structured as a song cycle, telling the story of the main character, Sebastian F. Sorrow, from birth through love, war, tragedy, madness, and the disillusionment of old age.

The Pretty Things – S.F.Sorrow Is Born

—
1969 / Tommy / The Who / a double album mostly composed by guitarist Pete Townshend as a rock opera that tells the story about a deaf, dumb and blind boy who enters his own private world after witnessing the murder of his father, including his experiences with life and his relationship with his family.
The Who / Pinball Wizard /

—
1970 / Jesus Christ Superstar / a rock opera with music by Andrew Lloyd Webber and lyrics by Tim Rice. The musical started as a rock opera concept album before its Broadway debut in 1971. The musical is sung-through, with no spoken dialogue. The story is loosely based on the Christian Bible’s accounts of the last week of Jesus’ life, beginning with the preparation for the arrival of Jesus and his disciples in Jerusalem and ending with the Crucifixion.
The character of Mary Magdalene /subsequently covered by Helen Reddy and Yvonne Elliman / I Don’t Know How To Love Him
—
1971 / Godspell / this musical consisted of a series of parables, mostly based on the Gospel of Matthew (three of the featured parables are recorded only in the Gospel of Luke). The parables are interspersed with a variety of modern music set primarily to lyrics from traditional hymns, with the passion of Christ treated briefly near the end of the performance. It started as a college project performed by students at Carnegie Mellon University and moved to La MaMa Experimental Theatre Club in Greenwich Village. It was then re-scored for an off-Broadway production which became a long-running success.

The Cast of Godspell / Day By Day

1973 / Quadrophilia / performed by The Who / The story follows a young mod named Jimmy and his search for self-worth and importance, set in London and Brighton in 1965. It is the only Who album to be entirely composed by Pete Townshend.

1973 / The Rocky Horror Show / a musical with music, lyrics and book by Richard O’Brien. A humorous tribute to the science fiction and horror B movies of the late 1940s through to the early 1970s, the musical tells the story of a newly engaged couple getting caught in a storm and coming to the home of a mad transvestite scientist unveiling his new creation, a sort of Frankenstein-style monster in the form of an artificially made, fully grown, physically perfect muscle man named Rocky Horror, complete “with blond hair and a tan”.

1977 / Bat Out Of Hell / the major-label debut by American rock singer Meat Loaf, as well as being his first collaboration with composer Jim Steinman and producer Todd Rundgren, released on October 21, 1977 on Cleveland International/Epic Records. It is one of the best-selling albums of all time, having sold over 43 million copies worldwide. Rolling Stone Magazine ranked it at number 343 on its list of the 500 greatest albums of all time in 2003.

Meat Loaf / Bat Out Of Hell

1978 / Grease (film and album) / An American musical/romantic comedy film directed by Randal Kleiser and produced by Paramount Pictures. It is based on Warren Casey and Jim Jacobs’ 1971 musical of the same name about two lovers in a 1950s high school. The film stars John Travolta, Olivia Newton-John, Stockard Channing, and Jeff Conaway. Grease was successful both critically and commercially. Its soundtrack album ended 1978 as the second-best selling album of the year in the United States, behind the soundtrack of Saturday Night Fever’

The Cast of Grease / You’re The One That I Want
—

1979 / The Wall / Pink Floyd / Considered one of the most famous concept albums by any artist, The Wall features the band’s only single to top various charts, “Another Brick in the Wall, Part 2”, followed by “Run Like Hell” and “Comfortably Numb”. In 1982, the album was adapted into a feature film: Pink Floyd – The Wall.

Pink Floyd / Another Brick In The Wall /

The rock musical saw a decline in popularity through the 1980s. Except for a few outposts of rock, like Little Shop of Horrors (1982) and Chess (1986), audience tastes turned to shows with European pop scores, like Les Misérables and The Phantom of the Opera, as well as to more nostalgic fare. However, the rock musical achieved a renaissance in the 1990s, due in no small part to the popularity of Jonathan Larson‘s Tony– and Pulitzer Prize-winning rock musical Rent (1996). This was followed by Off-Broadway rock musicals like Bat Boy: The Musical (1997] and Hedwig and the Angry Inch (1998), John Cameron Mitchell‘s Off-Broadway show about a transgender rocker.

The end of the 1980s saw the beginning of a new form, jukebox musicals, such as Buddy – The Buddy Holly Story, Mamma Mia! and Jersey Boys, which feature the songs of a popular band, performer or genre.

One thought on “Songs from a Rock Opera / Rock Musical”