She is an American pop, R&B, and soul singer best known for her 1976 hit song, “Misty Blue” but she started out with a Girl Group called The Poppies.

She has put out 20 albums over her career so far, as still counting.

I will focus  on the earlier part of her journey, which became gradually diminished by the disco period.

What Am I To Do

If You Give Me Your Heart – with Little Milton & Dorothy Moore

Talk To Me Every Beat Of My Heart

Dorothy Moore was born October 13, 1946, in Jackson, Mississippi. Her parents were Mary Moore and Melvin Hendrex Senior. Her father performed under the stage name Melvin Henderson as a member of the Five Blind Boys of Mississippi. She was raised by her great grandmother.

At age three, Dorothy’s mother discovered she possessed a vibrato in her vocal tones, and from then on her mother purchased her musical instruments and accompanied her to gospel programs.

She began singing with The New Stranger Home Baptist Church Choir at the age of five, and, eventually, she became a soloist.

At the Jackson State University, Dorothy formed an all female group called the Poppies with Petsye McCune and Rosemary Taylor. They were signed to Epic Records using the Date subsidiary label. 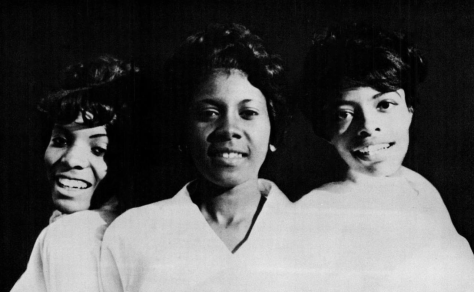 Their song, “Lullaby Of Love” reached number 56 on the Billboard Hot 100 chart in 1966.
The Poppies worked with The Four Tops, Bobby Goldsboro, and Wilson Pickett.

Dorothy established a solo career in 1976 with a series of ballads of the highest order, recording for Malaco Records.

‘Funny How Time Slips Away‘, the Willie Nelson song, reached #7 on the R&B chart and #58 on the pop chart.

in 1977 all became enormous hits and soul standards in their own right.

Dorothy’s recordings in the next few years were not nearly as successful as she became swamped increasingly by the disco trend.

Contains the Track: Since I Don’t Have You/Since I Fell for You (Medley)

After a lengthy hiatus, Moore recorded a gospel album, Givin’ It Straight To You (1986) for the Rejoice label of Nashville. The album included a cover of “What Is This”.

She next recorded two albums for Volt Records. She returned to the Malaco label in 1990, for whom she recorded several albums during the ensuing decade and into the new millennium.

She has been inducted into

On June 6, 2015 Moore was inducted into the Official Rhythm & Blues Music Hall of Fame in Clarksdale, MS.

Moore started the record label Farish Street Records in 2002. The label is named to honor Farish Street, the home to live and juke blues music in the neighborhood where Dorothy was raised.