A sax player that had considerable influence on me was Paul Desmond. With his light, melodic tone on the alto saxophone, he said he tried to sound “like a dry martini.”

Best known for the work he did in the Dave Brubeck Quartet and for composing that group’s greatest hit, “Take Five”, Paul was one of the most popular musicians to come out of the West Coast’s cool jazz scene.

In addition to his work with Brubeck, he led several of his own groups and engaged in significant collaborations with artists such as Gerry Mulligan, Chet Baker, Jim Hall, and Ed Bickert.  He has been recorded on over 90 albums dating from 1950 to 1977.

After years of chain smoking and general poor health, Desmond succumbed to lung cancer in 1977 following one last tour with Brubeck. 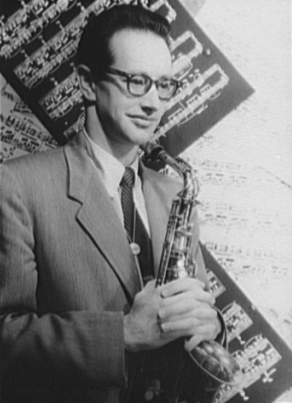 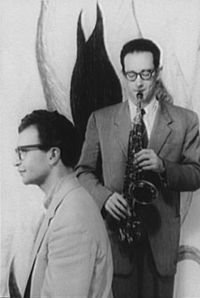 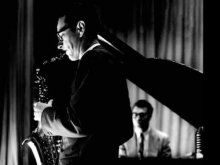 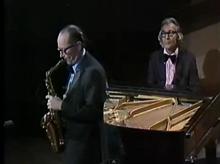 Desmond was born Paul Emil Breitenfeld in San Francisco, California, in 1924, the son of Shirley (née King) and Emil Aron Breitenfeld. His father was from a Jewish family from Bohemia and Austria, and his mother was Catholic; throughout his life, Desmond was unsure of his father’s background.

His father was a pianist, organist, and composer, who accompanied silent films in movie theaters and arranged for music companies. His mother was emotionally unstable throughout his upbringing. During childhood he spent years living with relatives in New York City due to problems at home. Desmond began playing violin at an early age, though his father forbade him to play it.

Desmond began to study clarinet at the age of twelve, which he continued while at San Francisco Polytechnic High School. Paul was not only a gifted musician, but a talented writer who took an early interest in show business. As co-editor of his high school newspaper, he helped secure an interview with Bob Hope during his visit to San Francisco. It was not until he became a freshman at San Francisco State College that he picked up the alto saxophone. In his first year Desmond was drafted into the United States Army and joined the Army band while stationed in San Francisco. He spent three years in the military, but his unit was never called to combat.

Following the conclusion of World War II, Desmond started working outside Palo Alto, California, at the Band Box in Redwood City. He also worked with Dave Brubeck at a place called the Geary Cellar in San Francisco.

Desmond soon decided to hire Brubeck as his regular pianist, but subsequently cut his pay in half and then replaced him altogether after taking him along to Graeagle, California at The Feather River Inn for gigs. This was done because Desmond needed the money to gamble in nearby Reno.

In 1950 Desmond left for New York City playing alto and clarinet for Jack Fina, but returned to California after hearing Brubeck’s trio on the radio.

The story of their encounter is somewhat humorous. Brubeck—married with three children and holding a grudge from his earlier experience with Desmond—instructed his wife, Iola, not to let him set foot in his house. However, Desmond came to his home in San Francisco one day while Dave was out back hanging diapers on a laundry line, and Iola let him in and took him to Brubeck. Apparently all the begging in the world would not convince Brubeck to hire him, at least not until Desmond offered to babysit Brubeck’s children.

Desmond had first met Dave Brubeck in 1944 while still in the military. Brubeck was trying out for the 253rd Army band which Desmond belonged to. After making the cut he—unlike Desmond—was sent to war in 1944. Desmond once told Marian McPartland of National Public Radio’s Piano Jazz that he was taken aback by the chord changes Brubeck introduced during that 1944 audition.

After convincing Brubeck to hire him following his stint with Jack Fina, the two had a contract drafted (of which Brubeck was the sole signatory); the language forbade Brubeck from ever firing him, ensured Brubeck’s status as group leader, and gave Desmond twenty percent of all profits generated from the quartet.

That is how the Dave Brubeck Quartet had its start, a group that began in 1951 and ended in December 1967. The quartet became especially popular with college-age audiences, often performing in college settings like on their ground-breaking 1953 album Jazz at Oberlin at Oberlin College, or on their recordings on the campuses of Ohio University and the University of Michigan, among others.

The success of the quartet led to a Time magazine piece on them in 1954, with the famous cover featuring Brubeck’s face.  The group played until 1967, when Brubeck switched his musical focus from performance to composition and broke the unit up.

During the 1970s Desmond joined Brubeck for several reunion tours, including “Two Generations of Brubeck”. Accompanying them were Brubeck’s sons Chris Brubeck, Dan Brubeck and Darius Brubeck. In 1976 Desmond played 25 shows in 25 nights with Brubeck, touring the United States in several cities by bus.

In June 1969 Desmond appeared at the New Orleans Jazz Festival with Gerry Mulligan, procuring favorable reactions from critics and audience members. During Brubeck’s Two Generations tours, Desmond and Mulligan shared the stage together in 1974. Unlike Brubeck, Mulligan personally shared much in common with Desmond. The two shared similar interests and humor, and both men had no shortage of addictions in their lives.

After some time spent inactive, Desmond was asked to play the Half Note in New York City in 1971 by guitarist Jim Hall. With his special brand of humor, Desmond said that he took the job only because he was nearby and could tumble out of bed to work. The two continued to play at the club to jam-packed audiences. Desmond also joined The Modern Jazz Quartet for a Christmas concert in 1971 at the New York Town Hall.

Desmond recorded the tune “Summertime”, along with many others, during his time with Chet Baker.

Desmond met Canadian guitarist Ed Bickert through Jim Hall in Toronto, Canada and began performing with him at several clubs in the Toronto area. Bickert played in the Paul Desmond Quartet at the Edmonton Jazz Festival, and they recorded several albums together.

In their private lives Dave Brubeck and his family were very close to Paul Desmond, though the two men possessed very different personalities. Son Darius Brubeck recalls thinking that Desmond was his uncle almost into adolescence. Desmond grew especially close to Dave’s son Michael, to whom he left his saxophone upon death.

Desmond also was described as a womanizer who was unable to form, or uninterested in maintaining, steady relationships with women, though he had no shortage of them throughout his life.  Desmond is reported to have quipped, upon seeing a former girlfriend on the street, “There she goes, not with a whim but a banker” (a Spoonerism reference to T.S. Eliot’s “This is the way the world ends / Not with a bang but a whimper”).

Desmond was quite well-read and retained a unique wit. He enjoyed reading works by the thinkers of his generation like Timothy Leary and Jack Kerouac, also dabbling in some LSD usage. He was known to have several addictions, including Dewar’s Scotch whisky and Pall Mall cigarettes.

His chemical-dependency problems would sometimes drain him of his energy on the road. Clarinetist Perry Robinson recalls in his autobiography that Desmond would sometimes need a vitamin B12 shot just to go on playing during his later career. Brubeck was a stalwart family man.

Desmond died on May 30, 1977, not of his heavy alcohol habit but of lung cancer, the result of his longtime heavy smoking. Never without his humor, after he was diagnosed with cancer he expressed pleasure at the health of his liver.

His last concert was with Brubeck in February 1977, in New York City. His fans did not know that he was already dying. Desmond specified in his will that all proceeds from “Take Five” would go to the Red Cross following his death.

Desmond reportedly owned a Baldwin grand piano, which he lent to Bradley Cunningham, owner of Bradley’s piano bar in Greenwich Village, with the condition that Cunningham had to move the large piano back to Desmond’s Upper West Side apartment to become part of Desmond’s estate.

After this long and expensive process, Desmond willed the piano to Cunningham, a characteristic and final prank. The Paul Desmond Papers are held at the Holt-Atherton Special Collections in the University of the Pacific Library.

Desmond was cremated and his ashes were scattered.

Desmond produced a light, melodic tone on the alto saxophone, he said he tried to sound “like a dry martini.” With a style that was similar to that of Lee Konitz, one of his influences, he quickly became one of the best-known saxophonists from the West Coast’s cool school of jazz. Much of the success of the classic Brubeck quartet was due to the juxtaposition of his airy style over Brubeck’s sometimes relatively heavy, polytonal piano work.

His rare gift for improvised counterpoint is perhaps most evident on the two albums he recorded with baritone saxophonist Gerry Mulligan (Mulligan-Desmond Quartet and Two of a Mind). Desmond’s playing was also notable for his ability to produce extremely high notes, the altissimo register, on his saxophone. 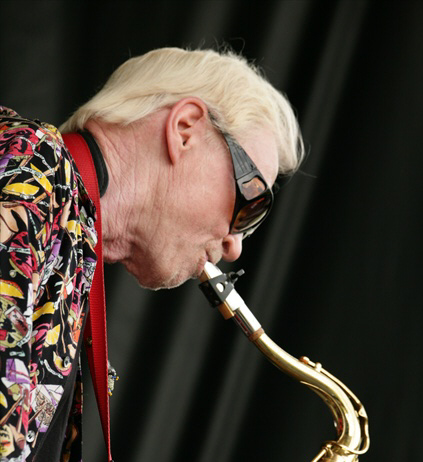