It was a very sad day [Sunday June 4, 2016] when we lost a great Canadian… Bobby Curtola. A man who was not only a pioneer rock n roll entertainer, but also a man who did a lot of great humanitarian work throughout the world.

to really appreciate this story.

I’d like to touch on some early days in the career of one of Canada’s first Teen Idol pop stars, Bobby Curtola, focussing mainly on his initial rise to popularity and the first band that was assigned to tour with him across Canada.

This band was originally called The Corvettes, but renamed The Martells. After working and recording with Bobby, they would strike out on their own and ultimately become “The Martels Rock n Roll Show”. (July 2015 – I currently have the honour of playing sax in the Martels).

Back in 1957, a group of 5 friends in a Midland, Ontario high school formed a band and called themselves “The Corvettes”. They played concerts and Teen Sock Hops throughout Southern Ontario for several years. In their home town they developed a huge following with Teen Town dances at the Odd Fellows Hall and the Midland arena. 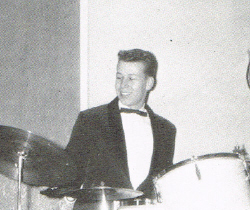 The Corvettes played several years for Sock Hops as the house band at the Midland arena, which was the summer home for Teen Town.
—
Meanwhile, in the fall of 1959, there was a young sixteen-year-old high school student, Bobby Curtola (born Robert Allen Curtola, in Port Arthur, Ontario). He started out pumping gas at his father’s garage in Thunder Bay, Ontario, and went on to form his first “basement” band: “Bobby and the Bobcats”.

Bobby’s singing talent had attracted the attention of two songwriting brothers, Basil and Dyer Hurdon, who owned the Tartan record label. The Hurdons would become Bobby’s managers and Basil, a tall, mild mannered, gentle, almost father figure, would often be seen at his shows.

The Hurdons wrote all of Bobby’s songs, and their first one, “Hand In Hand with You” was recorded at a radio station in Thunder Bay, with a “45” released on their Tartan label in January 1960.
By February 1960 “Hand In Hand With You” was sent to radio stations nation-wide. Response was immense and by July of that year it had reached #26 on Toronto’s CHUM Chart *.

With Bobby’s good looking, boy-next-door popularity mushrooming, he was now making many promotional and professional appearances, a significant one being his opening for the Bob Hope Show in March. 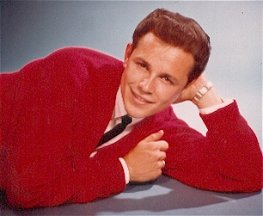 After performing on the Bob Hope Show in 1960, the charismatic Bobby was quickly finding himself in a whirlwind of success that would be referred to back then as “Curtolamania.”

In 1961, 17-year-old Bobby Curtola was on one of his weekend tours of southern Ontario and booked to perform at the Midland Summer Teen Town. Now, the manager of the Midland arena, Ken Stonehouse, introduced the Corvettes to Bobby Curtola, who was looking for a new backup band. 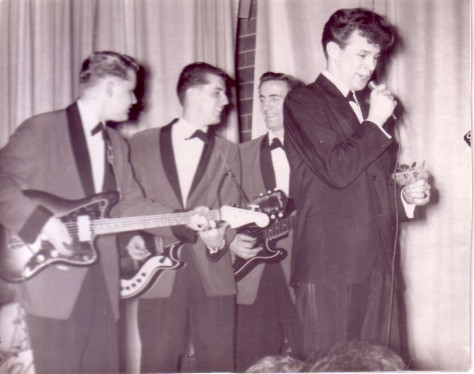 Since they worked so well together at Teen Town, Bobby’s agent, Maria Martell, decided they should use the Corvettes for his first coast to coast tour across Canada..

“The Corvettes” become “The Martells”…

When it was decided that Bobby and the Martells should tour across Canada, Tom and Bert opted to not go on the road. So, Larry, Gary and Milt added Bill Laramey as their keyboard player and Gary switched to drums, reducing the band to a 4-piece for their really big tour.

We did stops at such places as Massey Hall and Johnnie Lombardi’s CHIN Picnic in Toronto, “Klondike Days” in Edmonton, Montreal, the Calgary Stampede, the Pacific Exhibition and other exhibitions and festivals across Canada… 52 shows in 48 days with 4 Matinees thrown in for good luck.

During this frenetic time, the Martells also managed to cut several records with Bobby; after playing Friday and Saturday nights they would go into the studio in Toronto on Sunday to lay down bed tracks. Bobby would then take the bed tracks to the RCA Studios in Nashville where Bill Porter would work with him on overdubs of his vocal and final mixing. The Anita Kerr Singers were used extensively for backup vocals during many of these sessions.

Bobby would continue to record there for many years to come.

This earned the band the reputation of being one of the top ten in Canada… they were Studio Musicians!

Bobby never had a # 1 hit, even in Canada, but charted 20 times with Toronto Radio’s CHUM Chart *.

“Fortune Teller” became Bobby’s biggest chart-topper as it was successful internationally. It went Gold in Canada. The song sold over 2 million copies and became a legitimate US hit. This erupted into a successive string of hits during the fiercely competitive British Invasion era culminating into a ‘Male Vocalist Of The Year’ pre-Juno in 1965.

Rock n’ Roll Hall of Fame’s DJ, Red Robinson, was instrumental in Fortune Teller’s success. Seeing its potential of being a hit internationally, he sent it to Seattle’s KJR and Hawaii’s KPOI radio. A major US record deal was signed and Fortune Teller went on to become a 2.5 million seller internationally!

With it’s moderate success on Tartan Records the team were encouraged to continue with a carefully calculated campaign of record releases, club dates, and the early formation of the Bobby Curtola Fan Club following the phenomenal success of “Fortune Teller” and its double A-side “Johnny Take Your Time” in 1962.

The Martells Name Change to “The Martels”

Coming home from their whirlwind tour, the boys decided to get back to being normal teens again and just play locally, so they were obliged to modify their name to: “The Martels” with one “L”. This slight change meant that the Bobby’s agency could continue seamlessly with “The Martells” for his succeeding shows and recordings.

They also backed up such stars as Del Shannon (“Runaway“), Bryan Hyland, Barbara Lewis, The Cadillacs, The Newbeats, Chuck Berry and R.Dean Taylor, to name a few.

Ultimately however, the British Invasion would take Rock n’ Roll in a new directions so The Martels eventually disbanded in the late 1960’s…

After that first Trans-Canada Tour, Bobby Curtola, with another Martells group, did more recording in Nashville, releasing hit songs such as “Gypsy Heart“, “Destination Love“, and many more. In 1966 he won the RPM Gold Leaf Award for becoming the first Canadian to have an album go gold. 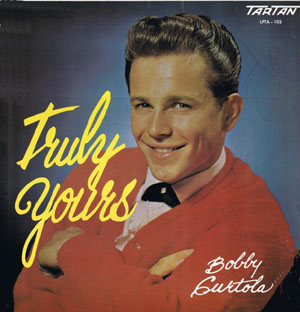 As English Canada’s only ‘teen idol’ in the early 1960s, Curtola specialized in what the Hurdons called “rock-a-ballads” and sang in what Frank Rasky described as a “silvery tenor” with “a soft-sweet quality”. Curtola toured widely in Canada until 1967, his performances often creating hysteria among his young audiences.

As a teen idol he had an amazing 32 Top Ten hits from 46 released singles and over 20 albums, appeared on The Bob Hope Show, and hosted CTV television’s ‘After Four‘ show.

By 1968 it was time for a change to cater to his aging audience and Adult Contemporary seemed more suited to his new direction. Curtola turned to a nightclub career, first in Canada; in the early 1970s, he hosted a CTV musical series entitled, Shake, Rock and Roll.

By 1973 and into the 1980s, he shifted some of his entertaining for part of each year to Las Vegas (where he opened for Louis Armstrong).

He recorded sporadically during the 1980s, sometimes using the name Boby Curtola, or just Curtola. Releases in 1990 from RBI and RCA/BMG found him singing in a country-gospel style and included the modest Canadian hit ‘Playin’ in the Shadows of Glory.’

Curtola’s musical career benefited from the 1990s’ nostalgia wave; he was active singing at clubs, telethons, cruise ships, and conventions into the 2000s. His recordings during this period included Christmas Flashback (Tartan, 1992), Gotta Get Used to Being Country (Tartan, 1993), Turn the Radio Up and Reflections: Legend to Legend (both Tartan, 1997). He toured Canada and Malaysia in 1998, and Europe in 2001. He also embarked on other business ventures, eg a tomato drink company.

In 1998, in recognition of Curtola’s long service to the Canadian music industry as well as his humanitarian work around the world, he was made a member of the Order of Canada. His pioneering contribution to the genre has been recognized by the Rockabilly Hall of Fame.

Curtola proved it was possible to succeed in pop music and still live in Canada, thus breaking ground for later Canadian pop musicians. He was an innovator on a number of musical fronts:

Curtola was one of the first Canadians (along with Paul Anka) to be offered a multimillion dollar contract in Las Vegas; and his jingle “Things go better with Coke” was the first commercial to sound like a hit pop record. 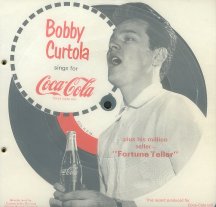 And, As For The Martels…

Fast forward to 1979… as fate would have it, the 5 original Martels (Larry, Gary, Milt, Bert and Tom) were invited to reunite with Bobby Curtola for a surprise Birthday Bash in Toronto – Maria Martell arranged this surprise for Bobby.

“We walked into the club (a now defunct place on Yonge St that was across from the Eaton Centre) and there was Bobby talking with Jack Scott (a Canadian icon of 50’s Rock n Roll from Windsor)”.

So it is that those 5 high school friends from Midland, Ontario, once called the Corvettes, have been actively playing together ever since that 1979 birthday reunion.

The Martels Live in Concert at The Kings Wharf Theatre, Penetanguishene, Ontario

In 1999, the Martels performed a concert for a full house at the Opera House in Orillia, Ontario, and recording of this live show was released on a CD. 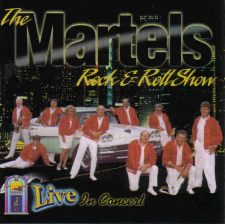 Former radio DJ Ken Rowland was an integral part of the show, serving for many years as the band’s Master of Ceremonies and occasional percussionist until his untimely death in 2008, after a battle with cancer.

The Martels released a new album of Rock & Roll classics to commemorate the 50th Anniversary of their founding.

In August 2012, The Martels played for Barrie, Ontario’s Kempenfest Arts and Crafts Festival for the 22nd straight year, to an audience of more than 5,000. 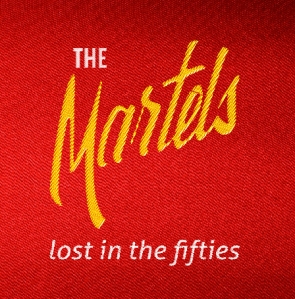 2015 marks the final year for the Martels. They played their 25th Kempenfest to a record-breaking crowd.

For more information, please refer to their web site: themartels.com.

27 thoughts on “Bobby Curtola and The Martels”